I needed enough light to make the full product legible on camera, but not so much that it detracted from the primary selling point of the product. Remember this video was intended to get investors investing in the development of the product. Basically, I needed extra light, but that light had to be invisible to the viewer/investor...


In this post I discuss how I took all the knowledge and frustration I had accumulated from the many mistakes in the first two videos and produced a third video of an exceptionally high quality.

Filmmaking outside of the box greatly nourished my overall skillset and this is why I have presented my good and bad experiences of being the videographer for the Bath Institute of Medical Engineering, from June to October, 2012, as testimony to encourage other filmmakers/videographers who are starting out to exercise themselves likewise - be a film-doer, not just a film-dreamer!


For a more detailed overview of the BIME (pronounced "buy me") video producer position I undertook during my time as an undergraduate student and the other videos I produced as a part of it, see: BIME a Bullet to Bite on: Videography, Volunteering, Making Mistakes and Maintaining Momentum.

This time around I had to produce a product concept video for potential investors and, unlike the first two videos that were riddled by mistakes, I was determined that this video would be a top-notch presentation!

What is the Nightlight Tray?

Well, have a look at this top-notch video produced by a certain someone...


There are still a few minor issues that bug me about this video, but it's definitely a major improvement on the first two and up to the standard of what I knew I was competently able to produce at the time.


What changed in the overall process of making this one, compared to the first two?

I had more time to plan everything out.

This time around BIME and myself got the video brief well and truly laid out and agreed upon, before I did any filming. Once we had the brief set in stone I went away and booked out one of the university's Sony Z1 camcorders, I was determined to capture high quality image and sound.

Of course, the equipment is not everything in this respect, which is also why I gave myself plenty of time to lay out the shots and visualise the video in my head before I filmed it - I wanted a solid blueprint this time around!

Another advantage I possessed was that I had complete control over my filming location, as I was using the unoccupied master bedroom in my student house. One of the advantages of living in a student house through the summer is that you can end up with many spare rooms.


It actually proved to be a relatively easy fix, as I had encountered a very similar problem earlier that year, as the lighting technician on One Door Opened, the submission film for my filmmaking module.

However, daylight was not what the Nightlight video called for, I just needed a little extra soft light to give the image enough illumination to make the entirety of the Nightlight product discernable on screen, but I knew the same technique I had employed with One Door Opened would still remedy the problem.

Unfortunately, I did not have the university's lighting kit this time around, so I had to improvise...

Originally, I was just going to use this shot... 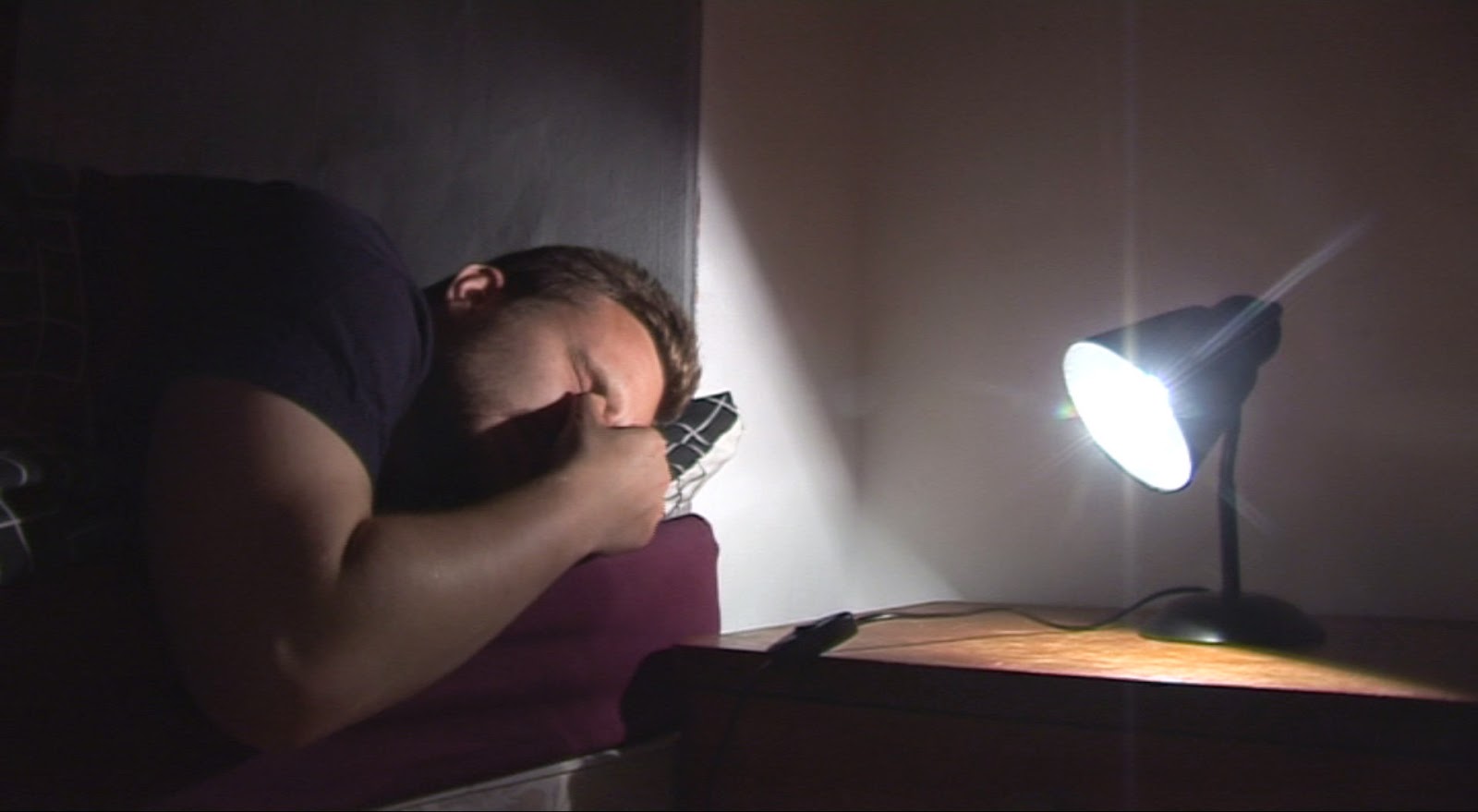 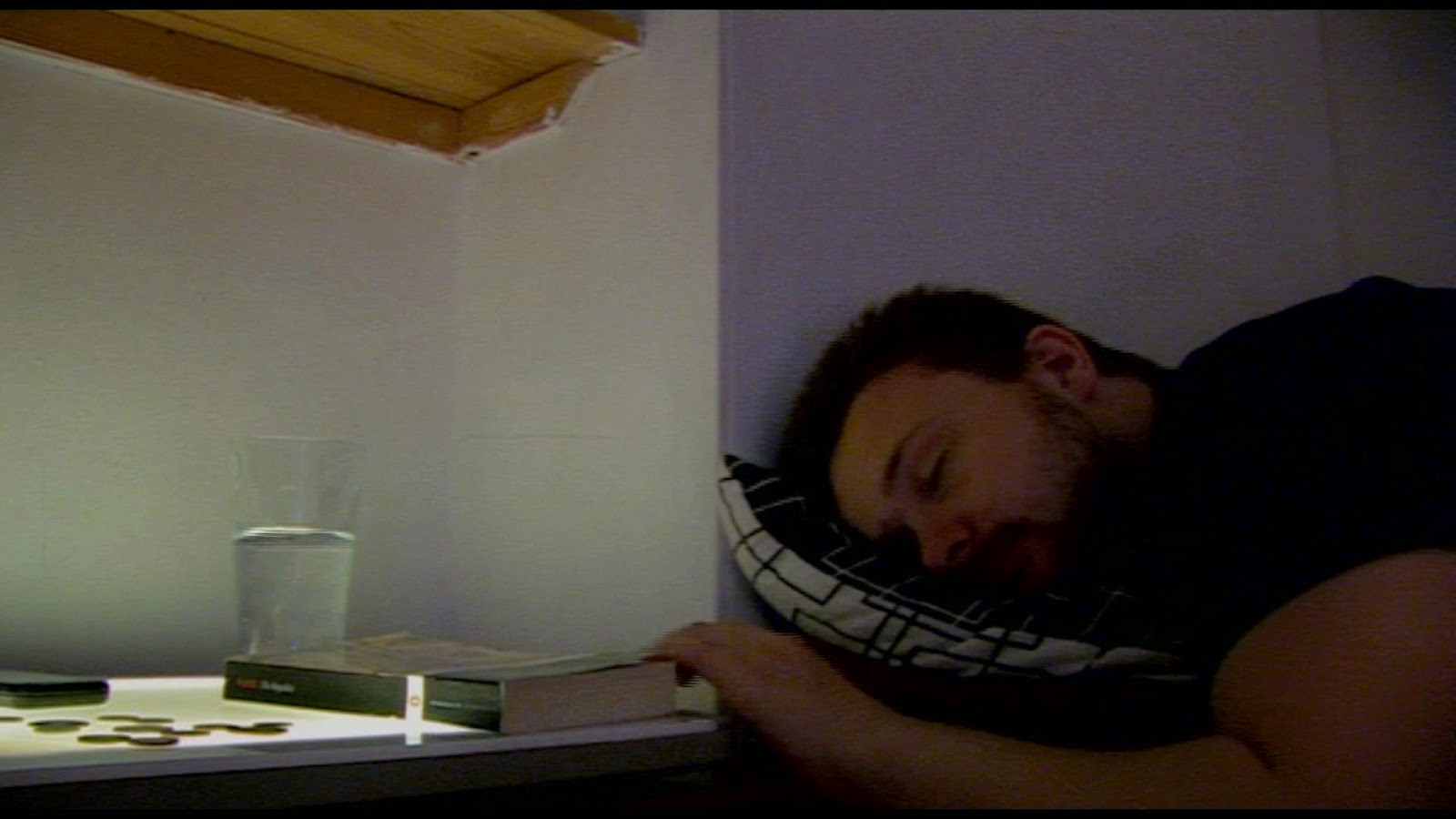 ... to emphasise the difference in light comfort levels...

How I made the comparison shot in the Nightlight video (6:20).

...but a side-by-side comparison shot that utilised the natural symmetry of the room - BRILLIANT!


Overall, it turned out to be an easy shoot to pull off precisely because I had planned it out and given myself plenty of time in which to complete it.

Videographers - if it will ensure a high quality result, do not be afraid to put your foot down in regards to being rushed or over-worked!


Additionally, the lighting issue made me think twice when I was preparing to shoot EYES, my 'short film' as part of my final year practical dissertation creative enterprise project. One of the sequence had to be shot at night and I doubted there would be enough light available to actually see the actors faces, so I researched for some solutions and shot some test footage, showcasing the different options.

As with the hallway in One Door Opened and the Nightlight itself, the solution had to do with injecting additional diffused light...

However, casting our gaze back to BIME and the two interviews I had to film for the Nightlight video...

Both the interviews were filmed one-after-the-other with a fairly simple Z1 camera and boom mic arrangement (see below), set against a well lit white wall in the staff room of the unit next door to BIME - so time was very limited, as this was not BIME's kitchen!

Why did we shoot in the neighbour's kitchen/staff room?

Because it was the only place in the entire building with adequate light and a nice backdrop.

so I felt very accustomed with documentary making etiquette and how to go about orchestrating a successful interview, plus I had the interviews I had already done for the Wizzybug videos to draw on.

In the Nightlight video you will notice that there are not any sounds of me agreeing with the interviewees from behind the camera with a "yeah" or other such like phrase. By the this point I knew that it was bad practice to do this and I knew it was vastly preferable to guide your interviewee with your facial expressions and nods.

The only downside I experienced was the fact that I had to both orchestrate the interview and keep an eye on the camera and sound settings, which was a bit distracting.

Why was it so important to keep an eye on the camera and sound settings?

Problems do happen and if one of these or something else had happened, I would have had to do the interview again. I have encountered problems like this before, only recently I encountered a sound encoding problem on all the footage that was captured on a Digital SLR, a sound encoding problem that is on every single piece of footage that we shot. And they say the DSLR is the future of filmmaking!

Just because it's high-tech, DO NOT TRUST IT!

DO NOT TRUST IT!

Ideally, I would have had someone else monitoring the camera and sound while I got on with orchestrating the interview. The reason why this is so important is because there were points during the interviews while I was checking the LCD on the camera that I missed what the interviewee had said.

From the interviewer's point of view this can be bad because:

A successful interview is an interview where a trustworthy, relaxed and respectful connection is established between the interviewer and interviewee.

Being the technician and interviewer was not preferable, but at the end of the day this was not an in depth documentary, it was just an informative video, so I just got on with it with what I had.

The fact that I had to complete the interviews in a set amount of time helped as well because it ensured that I used the time I had to get all of the absolutely essential information I needed for the final video.

While I did not end up using all the interview footage, the emphasis on specificity in the original interviews decreased the overall editing time.


As with the first two videos, there was a bit of back-and-forth with BIME, but certainly not as much as before. After two initial cuts and just under four weeks from when I had received the initial brief, I handed in the final cut.

Overall, the making of the Nightlight Tray video was a very enjoyable and redeeming experience.

BIME were very pleased with the final result, I could tell both by their responses and by the video request they trusted me to make next...

The Fourth and Final Video: A Profile of the Institute

Something to do with Film